Happy Thanksgiving! 7 World-Changing Inventions to Be Thankful For 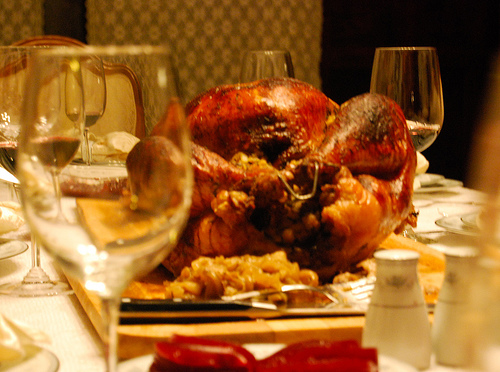 Thanksgiving weekend is here! It’s time to reunite with family and friends.

You’ll spend hours in traffic. You’ll have awkward conversations around the dinner table. You’ll eat turkey until your stomach begs for mercy. Heck, you might even get a head start on your holiday shopping. Will this be the year that you actually finish all your Christmas shopping BEFORE Christmas Eve?

Thanksgiving is a time to appreciate what we have. And there are many technological innovations all around us that we take for granted. Some of them have been around so long that we don’t even think of them as “technologies” anymore. And some are more recent. But when they were invented, they completely changed the world.

Try and imagine what life would be like without these 7 technologies:

It doesn’t get any more basic than the wheel. When it was first invented it enabled much faster transportation. Today it’s found everywhere. It’s on cars and other wheeled vehicles. It’s also inside all kinds of machines.

Nails make it much easier to build things. The concept seems simple. But for its time it was revolutionary. Nails allowed people to construct houses and other buildings. And with the ability to put boards together, all sorts of ideas could be realized.

Cars, motorcycles, ships and even electric generators wouldn’t exist without the internal combustion engine. How much longer would your road trip take if you had to go by horse?

Before the telephone, real-time conversations didn’t happen unless you were face to face. You could write a letter and it would take days for it to arrive. But now, you can talk to anyone, anywhere, any time.

Try getting anything done after dark without a light bulb. Sure, once upon a time there were candles. But a light bulb is much more cost effective and provides much better light.

I bet you can’t even remember how you survived before the Internet came into common use. It’s brought about an age when any information you want is at your fingertips. It’s also given us a lot of cat videos.

What if none of these 7 inventions were ever conceived of?

That’s definitely something to be thankful for.