Aluminum or Aluminium? Learn About the Metal’s Fascinating Spelling History

Have you ever wondered why there are two ways of spelling the name of the metal commonly used for wrapping food, beverage cans, sports equipment, and such? The words Aluminum and Aluminium differ by only one letter, but this changes the inflection of the word. And if you grew up listening to one version, the pronunciation of the other can be jarring to your ears.

You might be interested to learn that both spellings are correct and accepted, and the history of how this came to be is as fascinating as the history of the metal itself. Read on to find out the origins of both names and if you should be using one over the other.

The Origins of the Element’s Name 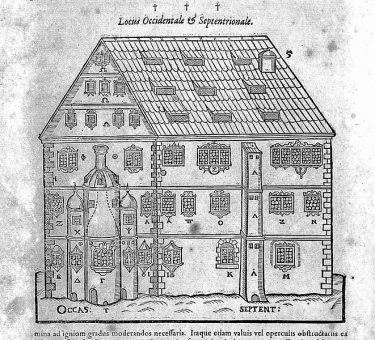 The earliest use of the element aluminum dates back to the early middle ages, in the form of a chemical compound named Alum, which was used for dyeing, medicine, and as a fire-resistant coating. Alum is a sulfate salt of aluminum, but the existence of the metal was unknown at the time. In 1595, Andreas Libavius proposed Alumina as the name for the yet-unidentified soil that formed the base of Alum.

Sir Humphry Davy, a Cornish chemist and inventor, performed three unsuccessful attempts to isolate this unique element through electrolysis. He had so far been successful isolating potassium, sodium, calcium, strontium, barium, magnesium, and boron for the first time using this process. He was set on doing the same for this new metal.

In a publication made in 1808, he stated that, had he been successful in isolating the metallic substance he was after, he would have proposed the name Alumium for this elusive element. Apparently unconvinced by this first name, he used the word Aluminum in a book published four years later when mentioning that “…Aluminum has not been obtained in a perfectly free state.”

Nevertheless, other British chemists decided to adopt the name Aluminium. They thought it had a more classical sound and was in line with the ending of the other elements isolated by Davy. This confusion began the debate on the ending of the word that continues to our day. 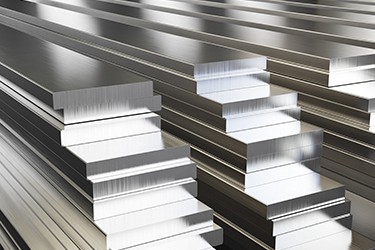 The termination -ium was quickly adopted in the United Kingdom, and therefore in most of the English-speaking world. However, in the USA, people used the -ium and the -um terminations in almost equal amounts. But the -ium termination was a bit more common since the metal was almost exclusively discussed in academic papers.

Most ordinary people were not aware of the existence of this metal, and it was as uncommon for them to spell it as it would be for modern people to talk about the chemical element rhenium.

This changed in the early 1900s as the metal became a more widely available product. More and more people were finding themselves in the situation of having to spell the name of this element properly.

Most people likely relied on the Webster’s Dictionary, published in 1828, for this spelling. Noah Webster, the dictionary’s editor, favored the -um spelling so much that he omitted the -ium ending from his work altogether.

The Webster’s Dictionary’s entry likely caused the noticeable shift in the early 1900s towards the word Aluminum in the United States, which culminated when the American Chemical Society officially adopted that spelling, separating it from the way the British spell it.

On the other hand, the International Union of Pure and Applied Chemistry (IUPAC) officially adopted the word Aluminium in 1990. Still, North America seems quite satisfied with their own spelling.

Should I be Using Aluminum or Aluminium? 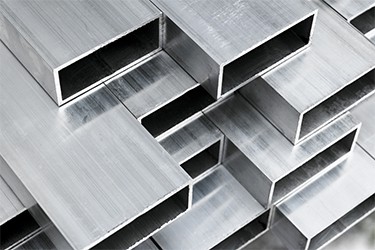 The most comforting part of this story is that both Aluminum and Aluminium are accepted and correct. Aluminum is preferred in North America, whereas Aluminium is the spelling preferred in the United Kingdom and most other English-speaking nations. Just as it was back when Sir Humphry Davy published his results, it comes down to what you think sounds better for you.

If you’re interested in some of the processes that allow aluminum to be so common in our modern society, you can read our article on fabrication processes for this metal. 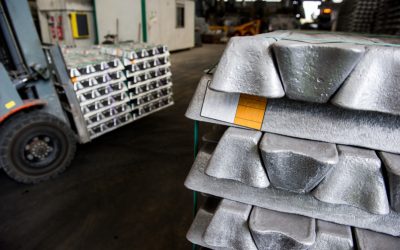 What is the Melting Point of Aluminum, and Why is it Significant?

When evaluating aluminum for a product application, designers are typically most interested in properties like it’s high strength-to-weight ratio, its corrosion resistance, or even its value as a heat sink. This means aluminum’s melting point can easily be overlooked.... 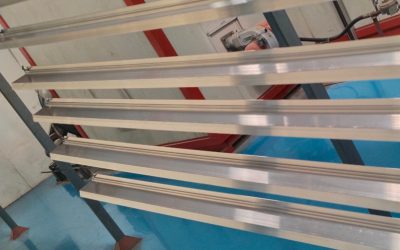 What is Alodine Finish, and How Does it Compare to Anodizing?

Aluminum is naturally corrosion-resistant, but when that’s not enough, designers will need to choose a protective aluminum surface finish. Alodining is a popular finishing option for preventing corrosion while still allowing electrical conductivity through the... 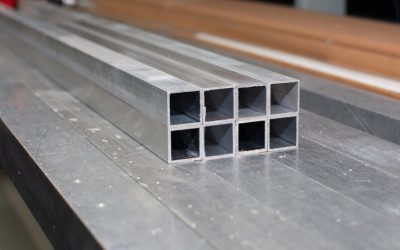 What is Mill Finish Aluminum, and How Does it Compare to Other Options?

As an engineer, material selection is one of the most important considerations when designing a new product or system. There are many different materials to choose from, and aluminum is an increasingly popular choice for many applications, from building construction...